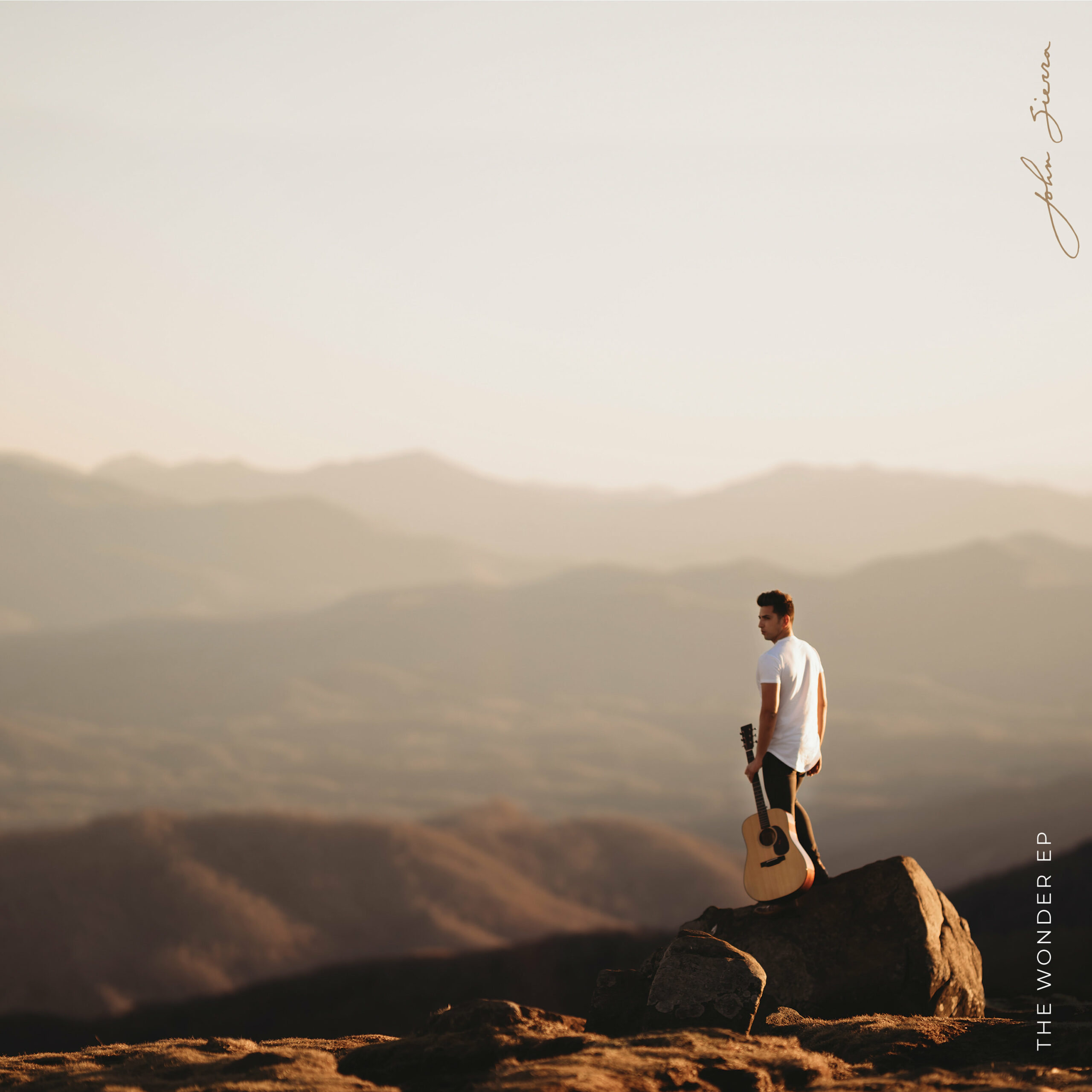 In his debut album, The Wonder, John Sierra invites listeners on a thoughtful journey into the emotional landscape of the heart.  Exploring heartache, healing, relationship, and working through regret, The Wonder is meant to be an experience for any who would listen. This product is the physical album.

In his debut album, The Wonder, John Sierra invites listeners on a thoughtful journey into the emotional landscape of the heart. Rich with soaring harmonies, driving acoustic rhythms, and haunting melodies, The Wonder wades through a folk-inspired sound with songs that are unapologetically raw. Exploring heartache, healing, relationship, and working through regret, The Wonder is meant to be an experience for any who would listen.

First gripped by the jaunty rhythms and soul-searching lyrics of Billy Joel’s “River of Dreams”, John was drawn to story. He reflects, “I can still remember winding through a grove of pines as an eight-year old, mesmerized by the voice pouring through the car speakers. I didn’t know then that it was Joel’s lyrics I connected with. Even as a boy, I knew intimately the feelings and experiences he was describing.” That moment became a catalyst towards music and songwriting – a sense of joy and wonder that drew him towards poetry, music, and ultimately, songwriting.

His early twenties were categorized by smoky clubs and raging guitar amps, performing as an integral part of the alternative rock band, Attalus, signed to Facedown Records. This foray into the music scene set an incredible foundation for his music career. But, this season also marks a great recovery of heart for John. After shipwrecking almost everything beautiful in his life, he was careened into the realization he had lost himself along the way. Even the band had become a false identity. Through therapy, mental health, and a recovery of heart, he began to find the life he had always longed for…

And in that place, from that place, he began to write. To share the story of hope, forgiveness, healing, and restoration he experienced. Each of the songs on The Wonder stem from this season: from the recovery of a young man’s heart towards beauty, to exploring the roots of addiction and the power to overcome, to the active choice to push against regret towards a dream.